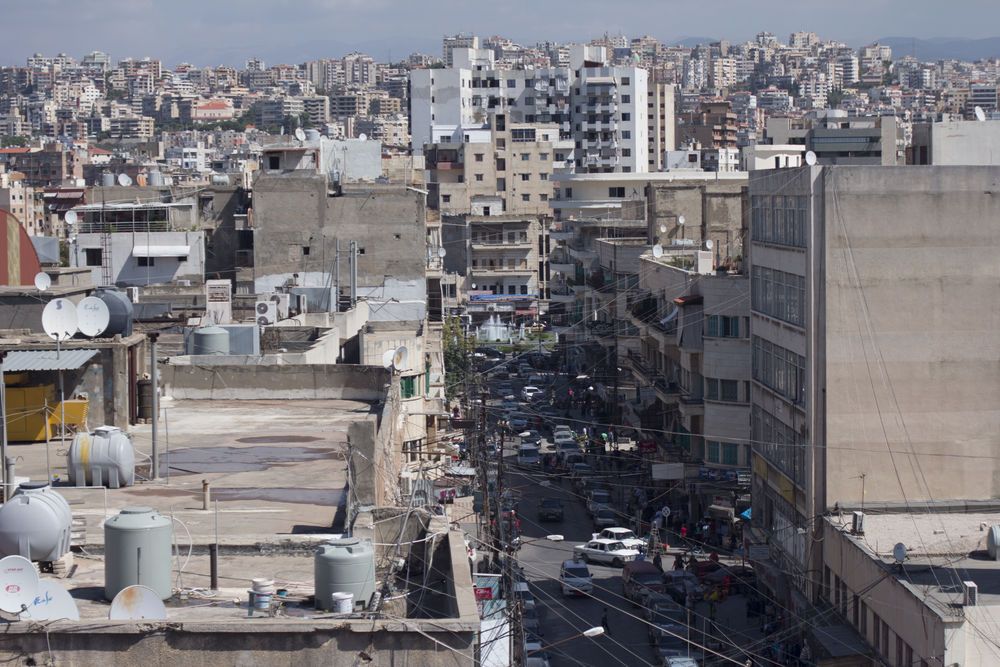 Near East: Locals and refugees crowd into densely populated cities in the Near East. Photo by Jordan Armstrong
OM teams are reaching out to Syrian Kurdish refugees. In recent years, many Kurds from Syria have accepted Christ as their Saviour.

“There’s a network of Syrian Kurdish believers who have a heart to see others of their community come to faith in Christ,” team member Erica* explained. “There has been a lot of openness in the community, whether by attending meetings or participating in Bible studies, and we’ve been seeing God moving among the community.”

One of the Syrian Kurdish leaders asked the OM team to contact a family he knew in a village area which is unreached, with no previous access to the Gospel. The team initially visited the father and mother, who have several adult children.

“We told them that we visit people, share about Jesus, and pray with them. We asked the family whether they would like to know who Jesus is and learn more about following Him. They said, ‘OK, alright,’ and were open from the start,” Erica said.

“We began a Discipleship Bible Study (DBS) with them, starting from Genesis and looking at the lives of the prophets. We read various passages over several months and found that the wife would memorise the stories by heart. We were encouraged that they were always available to meet, committed and eager to learn.”

The wife also shared the Bible stories with her daughters. In time, the parents told the OMers that they wanted to invite other people to join the study. The daughter and other family members began participating in the group when the stories of Moses and the Passover were discussed.

“They afterwards began experiencing miraculous encounters with Christ. One of the daughters had a nightmare and woke up feeling frozen or paralyzed, but when they prayed in Jesus’ name they saw her released. This was even before we began the studies on Jesus,” Erica said.

Meanwhile, the mother, who had been a smoker for 30 years, was miraculously weaned off of her nicotine habit with prayer. “This is a miraculous deliverance for the mum. The Holy Spirit is working in them,” Erica affirmed

“The husband is quick and wants to know everything in the same minute, the full gospel, understand everything and teach others at the same time,” she quipped.

“But we want to see him live the gospel, witness change and keep going and growing. We don’t want just to see a big push and have him fall away,” Erica said of the father’s spiritual walk.

Erica and her husband have both witnessed the deepening of the family’s faith in Christ. “It seems that the Bible the family has at home contains a prayer of salvation because they seem to be praying it all the time,” she said.

“The mother told me that every time she reads the Bible, she wants to cry,” Erica said.

“I know this is the truth,” the woman told Erica and her husband.

The OM team said that they believed the Lord had prepared this family’s hearts before they met.

After more Bible study of both the Old and New Testaments for several months, the Syrian Kurdish family expressed the desire to be baptised. They also took responsibility for doing some of the studies on their own, demonstrating that they were owning what they were learning and sharing it with others. The family also studied some lessons on the cost of following Jesus.

Later, the team, in conjunction with a local pastor, a believer from a Muslim background, baptised the mother, father and two daughters.

“We gathered together in a beautiful, grassy patch near the sea. They shared their testimonies of how they experienced Jesus daily in their lives. The pastor explained the meaning of baptism to those who assembled, including some Kurdish friends,” Erica said.

“The simple baptism took place in the sea. It was really lovely!”

Erica said that the family has continued to make bold decisions. They informed their relatives in Syria about their decision to follow Jesus, despite their opposition.

“I’m convinced this is the right way and this is what we are doing,” the mother told her Syrian Kurdish relatives.

“My hope for them is to continue to see them grow and impact others around them. They expressed the strong desire to keep studying together,” Erica said.

“They are also sharing their new-found faith in Jesus with other Syrian Kurdish families where they live. But of course, we are longing to see many more people come to faith.”

Published: Thursday, 03 May 2018
Credit: OM International
© 2018 OM International This email address is being protected from spambots. You need JavaScript enabled to view it.