A passion she didn't know she had 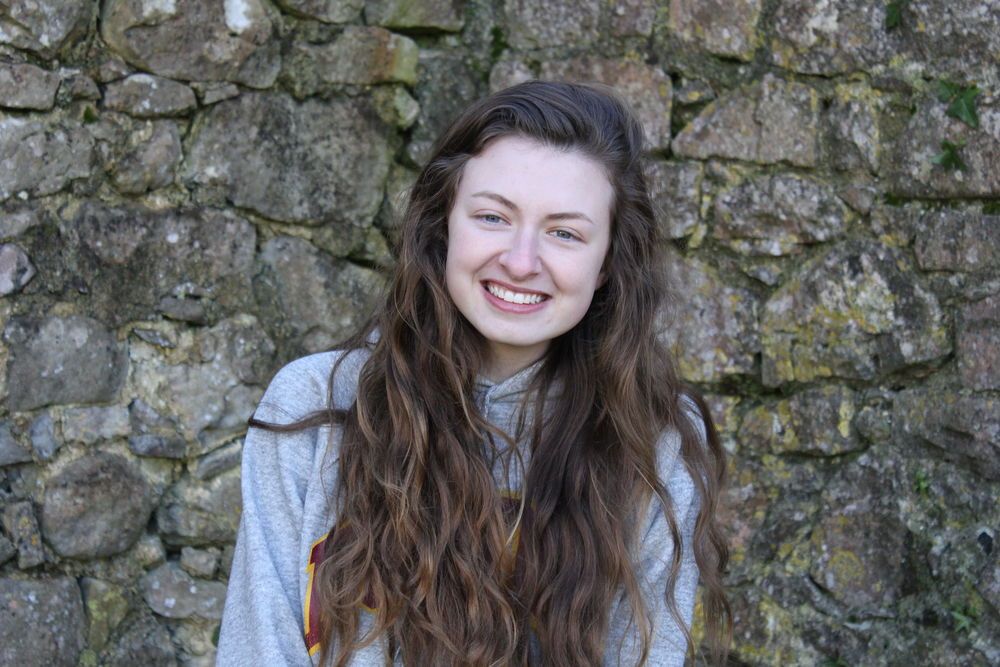 Ireland: Ellianna (USA) is serving with OM Ireland for an 8-month internship. In addition to her stated role as an administrative assistant, she has helped with street evangelism, hospitality, and school programmes. She also has been visiting with Syrian refugees out of love.
When Ellianna (USA) needed an eight-month, intercultural, ministry internship for her university studies, Ireland was not her original destination. In fact, she wanted to go to Austria to work with a unique group of people: refugees.

“At first, I didn’t know very much about refugees,” she said. “When I started to learn more, it broke my heart. I wanted to pursue refugee work in Europe, and the OM ministry in Austria seemed like an open door.”

Through a series of complications that would limit her Austrian internship to six months, Ellianna agreed to a two-month stop in Ireland. Within two weeks before she was to leave, she learned that a visa denial had closed the door to work with OM Austria. Now she would spend all eight months of her internship with OM Ireland.

“I was confused,” she confessed. “During all of my preparation, my heart had grown for Austria. I was asking, ‘God, what is going on? What are You doing?’”

Arriving in Ireland and settling into an admin assistant role, Ellianna struggled to wrap her head and heart around this dramatic change of plans. “The office role wasn’t as exciting to me as what I would have been doing in Austria. I prayed that my heart would come here because I knew that this was where God had me, and I wanted to be present.”

Several months passed, and her internship gave her the opportunity to participate in street evangelism, on-site hospitality and school programmes. Yet she still wasn’t working with refugees. There didn’t seem to even be an opportunity to do so in Ireland.

OM teammates Jesse and Michelle had been visiting a hotel serving as a refugee centre once a week for several months before Ellianna arrived in Ireland. During a casual conversation, Michelle invited Ellianna to go with them sometime.

“To have this opportunity, even after everything, was so great,” Ellianna shared. “Walking into this situation, I had no idea what to expect. In the middle of almost nowhere in Ireland, there’s this hotel with 200 refugees. You walk in, and it’s a whole other world. It’s a Syrian world in the middle of Ireland.”

“From the beginning, my heart melted,” she continued. “I wanted to know everything about them, but I’ve learned that you can’t just ask for it. It takes a long time. I was thankful that Jesse and Michelle had been going for awhile and building relationships. I knew that I could trust and follow their lead.”

The OMers visit the refugees without an agenda. Each week, they go to the hotel, hang out, love the people they meet and pray that God gives them the opportunities to speak gospel truth. Now Ellianna has begun building her own relationships with the refugees.

During the most recent visit, Ellianna was instantly greeted by a young girl, whose face lit up as the group entered the hotel. She started happily telling Ellianna about her day, which soon turned into a spelling lesson. Such simple things can lead to deeper conversations, no matter the age of the people invovled.

“It’s been amazing to see how conversations have come up about Jesus and the gospel,” Ellianna marveled. “We often feel, as Christians, that after you meet someone, you have to share the gospel with them. But no… It was four months after meeting that I first shared my personal faith with any of them. It’s cool to see how God uses relationships for His glory. We pray that He will do it, but it’s still amazing when He does.”

Ellianna genuinely loves her refugee friends, enjoying every chance she has to spend time with them. While refugees in Austria may have been her original plan, God directed her to Ireland.

“It’s been eye-opening to talk to people who have been through so much. I can’t grasp where they’re coming from, but it breaks my heart. There’s a whole other world out there that is suffering. A lot of fears come out of what we see and hear in the media about refugees. To go and see that these are real people with real fears, joys, passions, it’s challenging to not take what the media says and truly value these people for who they are. There’s this challenge of how do you show love to someone when you can’t use words because you don’t speak the same language.”

Challenged to get out of her comfort zone, Ellianna takes each visit as a gift. “I’m so thankful for this time there and the unforgettable relationships that have been built there.”

Through her visits to the refugee centre, Ellianna has learned something about herself too. “I’ve found that there’s this real passion to help these people, and I don’t know where it comes from. There’s something inside me that’s undeniable. I want to pursue this work or something like it. There are loads of people like this [refugees] out there. Sitting around doing nothing is not okay. I don’t know what I can personally do, but there’s a passion I didn’t know I had.”

Through a handful of OMers simply valuing individuals in this displaced community, these refugees have had the opportunity to experience God's love in ways they might never otherwise have done and be part of His Kingdom.

Published: Thursday, 31 May 2018
Credit: Hannah Rueber
© 2018 OM International This email address is being protected from spambots. You need JavaScript enabled to view it.