A day in history

Moldova:
Dora’s* eyes filled with tears of joy as she expressed her pure gratitude and amazement that this day had finally come. For three years the 77-year-old lady had been the first, and only, believer in Cobîlea. But now, after years of prayers, tears and continual hope in the Lord, she finally experienced the first house church gathering in her village.

It was a special day for OM Moldova as well. What had started with seeds of prayer many years ago and continued through short-term outreaches over the years and finally the moving of a Local Ministry Team (LMT) to the area in the autumn of 2017, was now reaching another milestone: the first visible expressions of the start of a church being planted in the village. When the team had moved to Cobîlea, located in one of the least reached areas of the country, a house was rented for some of the OM workers to live in. From the start, every Wednesday the team met in the home for prayer with Dora and a believing family that had moved to the village as workers from OM’s partnering church in the nearest town, Șoldănești, situated at the border of this unreached region. In spring it was possible to purchase the house with the thought of it being used for a future church in Cobîlea itself, and in late April the very first Sunday church meeting took place. About 30 people gathered in the living room and besides guests from the partnering church in Șoldănești, there were ten people from the village who had not been connected to any evangelical church before. 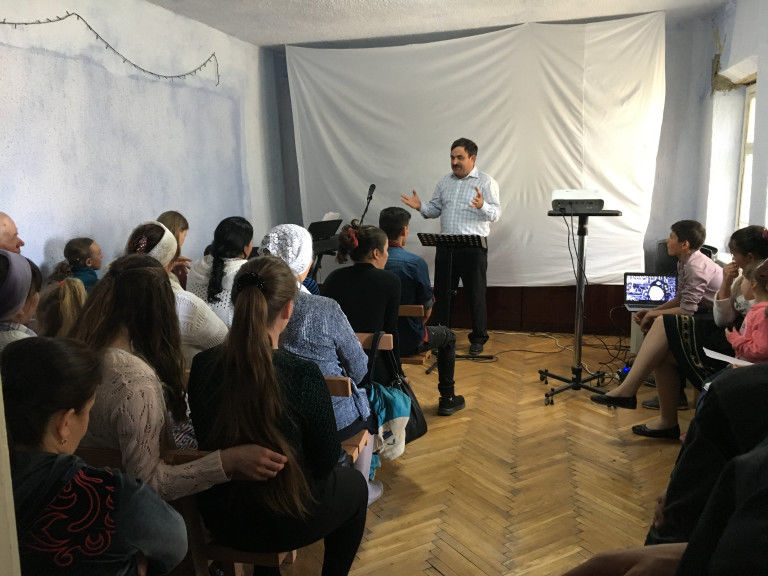 Among them was Ion*, a local young man in his twenties, whom the team had befriended over the past months. After the service he asked them: “How can I know God and get closer to Him?” The team was only too happy to talk more with him, and that night Ion dedicated his life to following Jesus. Only a few weeks later, when the team visited Ion’s home, his mother also invited Jesus into her life. She asked the team to return and help her continue to read and understand God’s Word: her home would be open to them–the first house that salvation had come to through their ministry.

OM Moldova wants to send more Local Ministry Teams to help plant churches in the least reached areas of Moldova and would appreciate prayer for the right people to be part of these teams, for God-inspired and equipped Moldovan churches and local believers to partner with, and for open doors in the communities.

Published: Wednesday, 27 June 2018
Credit: Esther Hippel
© 2018 OM International This email address is being protected from spambots. You need JavaScript enabled to view it.