Treasure in the souk 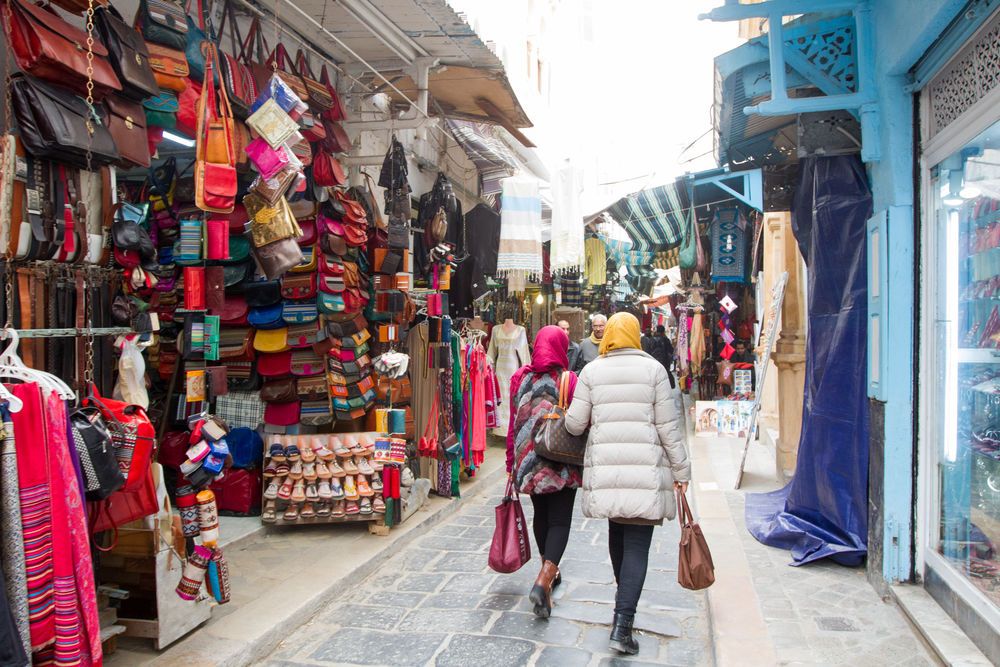 North Africa: Everyday life in North Africa.
“Some of my best friends are Arabs,” shared long-term OM worker Sarah*, as she sipped coffee one afternoon in her house. She pursues relationships with women in North Africa, not only because they’re Muslim and she wants to reach out to them, but also because they’ve shared over a decade of life together. Yasmin* is one of those friends.

“I met her a couple years after we moved here,” Sarah recalled. “She was initially so against the gospel.”

Wanting to see where the relationship would go spiritually, Sarah started sharing about Jesus early in their friendship. She also took Yasmin to some Christian meetings. Though Yasmin argued about what she’d heard from the believers, “something about her and I, we just clicked,” Sarah described.

The second six years of their friendship included less joyful times, as Yasmin suffered several deaths in her family. In North Africa, “when someone dies, you just go and sit with the family,” Sarah noted. “I was meeting with her and letting her talk through that.”

A few months ago, however, Yasmin told Sarah she’d picked up something unusual at the local souk, a large market with rows of long tables covered in bargain clothing, electronics, shoes, linens, fresh produce and books. Picking through the piles of new merchandise each week was like a treasure hunt, and Yasmin had found gold. “It was a women’s Bible devotional book,” Sarah explained. “It had a story, some verses at the end and some space to journal.”

On her own, Yasmin had purchased the book and started going through it. “She was really impacted by the stories and impacted by the words of Jesus,” Sarah said. “We were sitting and talking. I was sharing the gospel with her, and she had been going through this devotional book, and it was like, all of a sudden, the lightbulb went off in her head and she understood what I was saying.”

From that point, Yasmin was very different, Sarah noted.

On a separate shopping excursion to the same souk, one of Sarah’s teammates found a brand-new copy of the book Jesus Calling, with space after each reading for writing and reflecting. She gave the book to Sarah, who already had two copies. “I immediately thought of Yasmin. She loves these journal-type books,” Sarah said. She put the book aside for Yasmin’s birthday and then gifted it to her friend.

One afternoon, after lunch, Sarah and Yasmin were walking back to the public transportation hub together.

“Have you been looking at the book I gave you?” Sarah asked.

“Yeah, I’ve been reading it,” Yasmin answered. “I want to give you the devotional book, and I want you to read what I’ve written.”

A few steps further, Yasmin paused and looked at Sarah. “You know I think that Jesus saved us. You know this, right?”

“You believe that, Yasmin?”

Since that conversation, Sarah and her husband discussed over and over what needed to happen for Muslims to cross over to salvation in Jesus Christ—what the fundamental thing was they needed to believe and what they needed to unbelieve. “It kind of made me wrestle in my mind, is there a line?” Sarah said. “Is my friend a believer?”

“I don’t know,” she admitted. “She still calls herself a Muslim. She still thinks the Qu’ran is OK. But she’s saying, ‘I think that Jesus has saved us.’ ...There’s something different about her.”

“Instantaneous conversions rarely happen with Muslims,” Sarah continued. “There’s just that question in my heart: Has she crossed over this line?”

At a recent get-together over coffee, Yasmin told Sarah, “Christians are really different, and the way that you’re different is the way you live your life. You live what you believe.”

“It’s not about following a religion, but it’s about having a relationship with God,” Sarah responded.

“What you’re saying is not normal. Nobody thinks this way—nobody thinks you can have a relationship with God,” Yasmin returned.

“The reason these people you are talking about are different,” Sarah emphasised, “is because they actually have a relationship with God, which causes them to live their life in a different way.”

Prayer pulls back the veil

“But the people's minds were hardened, and to this day whenever the old covenant is being read, the same veil covers their minds so they cannot understand the truth. And this veil can be removed only by believing in Christ.” – 2 Corinthians 3:14 (NLT)

“That time that I felt like I saw the lightbulb going off, ...it was like for a moment, the veil was pulled back and she could see something that made sense to her. Pray that that would happen on a regular basis,” Sarah asked.

Talking to her teammates, she realised “with some of our friends, it’s so clear that there is a veil covering their eyes. We are sharing truth with them, but it doesn’t penetrate.”

People praying “back home” make a difference, Sarah stressed. “We need people praying for the spiritual veil to be pulled away from their eyes. God works when people pray. But if there hasn’t been the prayer for this, then they don’t really hear the message—it doesn’t really penetrate their hearts.”

Pray for Yasmin and for North Africans to understand the truth of the gospel. Pray that God will open their eyes in order that they put their faith in Jesus Christ. Pray for more workers to join the OM teams in North Africa to build friendships and share the love of Jesus.

Published: Thursday, 06 December 2018
Credit: Nicole James
© 2018 OM International This email address is being protected from spambots. You need JavaScript enabled to view it.