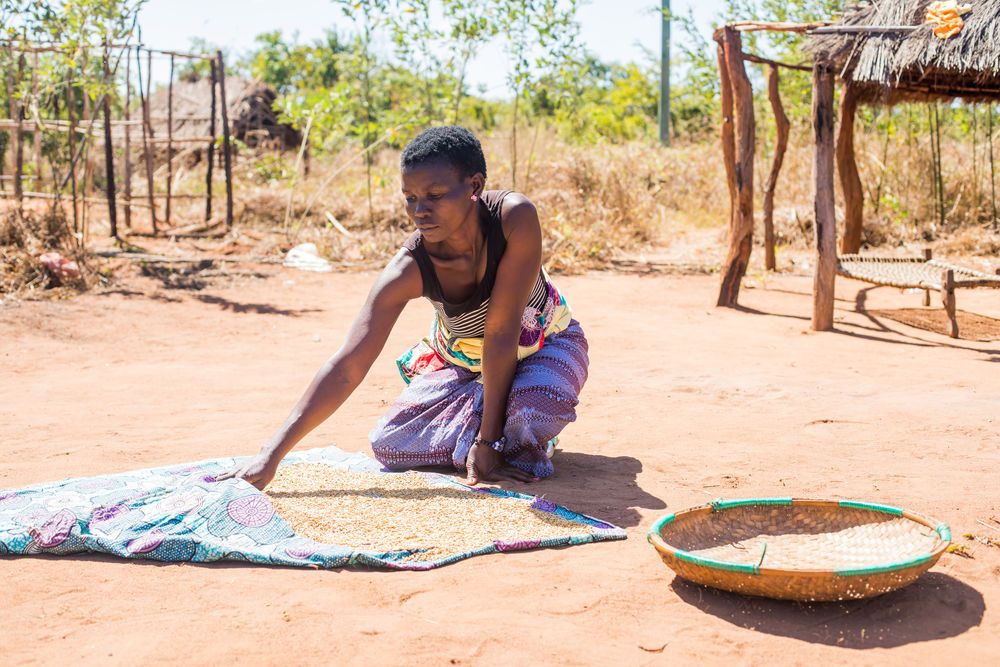 Mozambique: A woman spreads out rice to dry outside of her home in northern Mozambique.
“I was deep in Islam. I loved Islam,” OMer James explained about his past. “My aim was to know what was the Qur'an. I was so anxious whenever I saw people reading the Qur'an. I was getting excited; how can I read the Qur'an like them?”

James is from a predominately Muslim village in northern Mozambique where OM works sharing the gospel and reaching out to people—primarily through friendship evangelism.

“Whenever I want to know something, I want to know the foundation of it,” said James. “So when I [learnt] about Jesus [in 2003], I was anxious to know the meaning of these things. As a Muslim, I used to see Christianity as something that had no sense.”

Introduced to the Bible by a friend who had become a believer through an OM missionary, James first learnt Romans 6:23, “For the wages of sin is death, but the gift of God is eternal life in Christ Jesus our Lord” (NIV). He pondered the verse for weeks while asking his friend questions about what it meant by 'sin' and 'eternal life.' In 2004, James made the decision to accept Christ as his personal Saviour saying, “it is better for me to give my life to Jesus.”

“Now that I’m with Jesus I feel happy,” said James. “I never thought to go back to the old life, doing what I was doing before.”

James’ family did not welcome his new faith. “In my family, I was the first person to accept Jesus. [My family] didn’t like that.” They called a family meeting telling James that as the only Christian in the family there would be no one to bury him if he died as they would not do it themselves. James told them, “‘If I die today, don’t worry about my body. …If you want, you can just leave me inside the house; I can rot. I am not worried about what will happen with my dead body.’” This greatly challenged his family as the ceremonies when a person dies are culturally very important. James’ unconcern for what would happen to his body when he died meant he was no longer bound to the rituals that are a big stronghold on the community.

“By the grace of God, now they understand,” said James. “They are now willing to make a decision to follow Jesus because they see a change in my life. Before I was addicted to drinking and smoking. Whenever I used to drink I never respected my family. …But now, they always come to me, asking that I council them.”

“God is working in this community. We had so many traditions,” James explained. “The first was concerning food. ‘This we eat, this we can’t eat.’ But after Christianity, [the village is] now discovering that eating any meat doesn’t put you in sin. Another change is concerning rituals. Before, there was a ritual for when a women is pregnant [with her first child]. But when they saw the Christians not doing the rituals for their first pregnancy, they stopped. Another ceremony was concerning death. After someone died, they would do a party on the 30th day, party on the seventh day, party on the fourth day—that law was a serious law that everybody should obey. Now it has reduced. Many people are saying, ‘Ah, doing ceremonies for the dead is nothing.’ This is the impact [we see of] Christianity started changing [this village].” 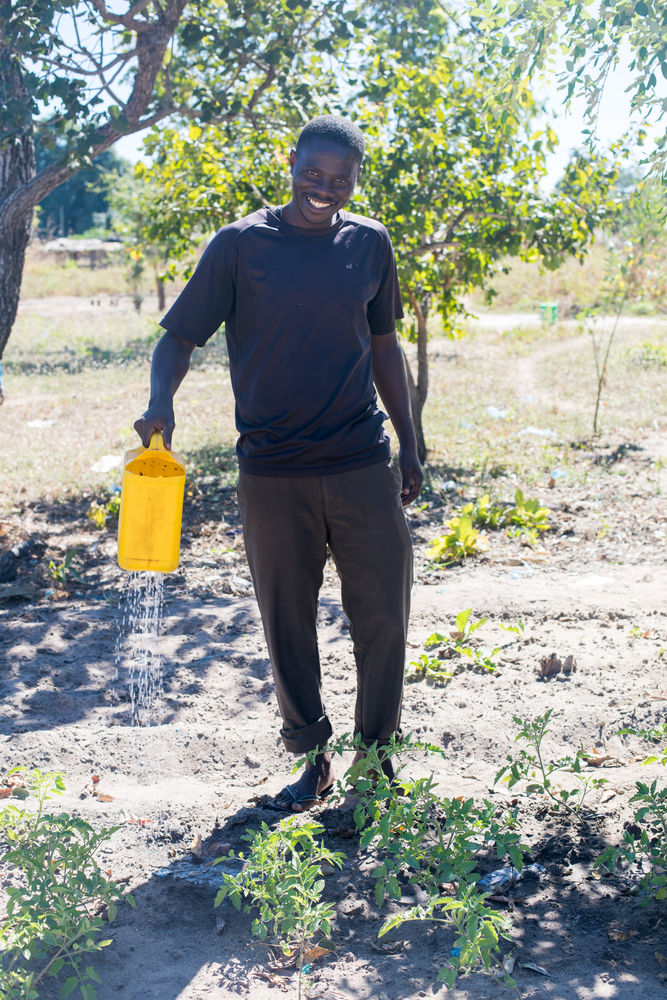 James married his wife in 2009, and they have one son and one daughter. For work, James did the same as most of the other men in the village: finding a job here, a job there. From the fields to the mines, James was often away from his family seeking work to sustain them.

“When I came back [after being away for two months working], I stayed up until 21:00, and my son was not in the house. I asked my wife, ‘Where is the child?’ She said that this is his life when I am out. I felt deeply. I discovered that I was at fault. If I was around during those two months, my son would not be out from the house at night,” said James.

So James made a decision to no longer go seeking work, but to create sustainable work at home in order to spend more time with his family. The solution: vegetables.

No one grows vegetables in the village. Located in a conservation area where “whenever you throw a seed on the ground an animal comes and eats it,” as James put it, gardens have not flourished. Those who plant rice and maize around the village spend 24/7—rain or shine—in the fields warding off the elephants, hippos, monkeys, buck and other animals who can decimate a crop in no time at all. James has planted his vegetables right outside of his house in order to better watch over them, which has so far proven to be effective.

As all the vegetables come from other towns and cities, James anticipates no problems selling his produce and believes that the garden will be a great conversation starter. “I will be selling to the community, and they will be anxious to know how I am managing to have crops inside of this village,” smiled James. “It will give me an opportunity to share about the Word of God with them.”

“I was walking too much [looking for work]. This project of doing a garden will help me to have time with my family.”

Published: Thursday, 15 November 2018
Credit: Rebecca Rempel
© 2018 OM International This email address is being protected from spambots. You need JavaScript enabled to view it.

People in Mozambique, Malawi and Zimbabwe are still recovering from Cyclone Idai. OM is responding to the needs in different communities in these countries.