The Shepherd’s heart for the Nivkh 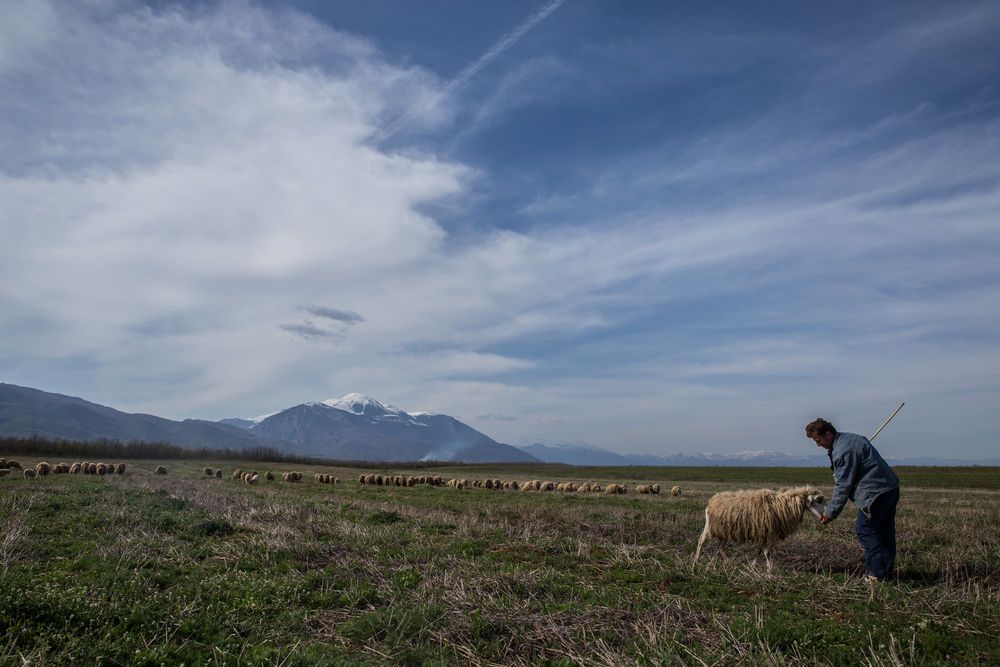 International: Eastern European shepherd; a reflection of the biblical description of Jesus as the Good Shepherd who cares for His sheep.
The Nivkh live in the Russian Far East; they are an indigenous people group with a population of around 4,500. In 2018, OM EAST and their partners printed the first Bible stories in two Nivkh dialects called Amur and Schmidt, also including the passages in Russian. OM EAST provided illustrations, design and layout for this new publication while staff from Wycliffe Russia worked on translation.

“Initially, I was not at all inspired to translate for such a small number of people,” admitted Wycliffe translator Mark*. The Amur and Schmidt speakers are even fewer than the total population since some speak other Nivkh dialects or Russian. “But later, the parable of the Lost Sheep came to mind, where the Good Shepherd left the majority to go after one stray sheep,” Mark added. “Then I realised the number of native speakers is not the only criteria that counts.” Following Jesus’ example, Mark recognised it’s still worth the effort to publish Bible stories in the Nivkh dialects.

“The description of Jesus as the Good Shepherd is a beautiful picture of His love for those who belong to Him and for those who don’t yet believe in Him,” reflected an OM EAST worker.

Mark knows of three Jesus followers among the minority group whose beliefs are rooted in shamanism. He wants more Nivkh to encounter the Good Shepherd who laid down His life to be an atoning sacrifice for sin. He desires to share the message that anyone who confesses Jesus Christ is Lord and believes in their heart that God raised Jesus from the dead, will be saved and have eternal life.

“While drawing, I have been thinking about how the Nivkh don’t know the Bible passages,” said Julia, an OM EAST graphic designer and artist. “It’s beautiful to think it will be the first time many will read God’s truth and hold it in their hands. I want my drawings to express the message.”

The illustrated Bible storybooks are being distributed on Sakhalin Island and in villages along the Amur river. “We have published literature, but it is now the work really begins,” emphasised Simon, OM EAST’s production coordinator. “Let’s pray for believers giving out copies and speaking with individuals. One day there will be Nivkh worshipping before God’s throne!”

“I have other sheep that are not of this sheep pen. I must bring them also. They too will listen to my voice, and there shall be one flock and one shepherd.” – John 10:16 (NIV)

Praise God for His love and Shepherd’s heart! Give thanks to Jesus for His great sacrifice; give thanks for the freedom and forgiveness found in Him. Please pray for believers distributing literature; please pray Nivkh listen to Jesus’ voice and choose to follow Him.

OM EAST’s literature and media ministry produces high quality print and digital media in over 25 languages. Working with partners, they seek to share the gospel, strengthen churches and bring hope to people groups throughout Eurasia.

Published: Thursday, 03 January 2019
Credit:
© 2019 OM International This email address is being protected from spambots. You need JavaScript enabled to view it.

Small outreach teams will share the life-changing message of the gospel with hundreds of women in brothels and on the street this Easter.