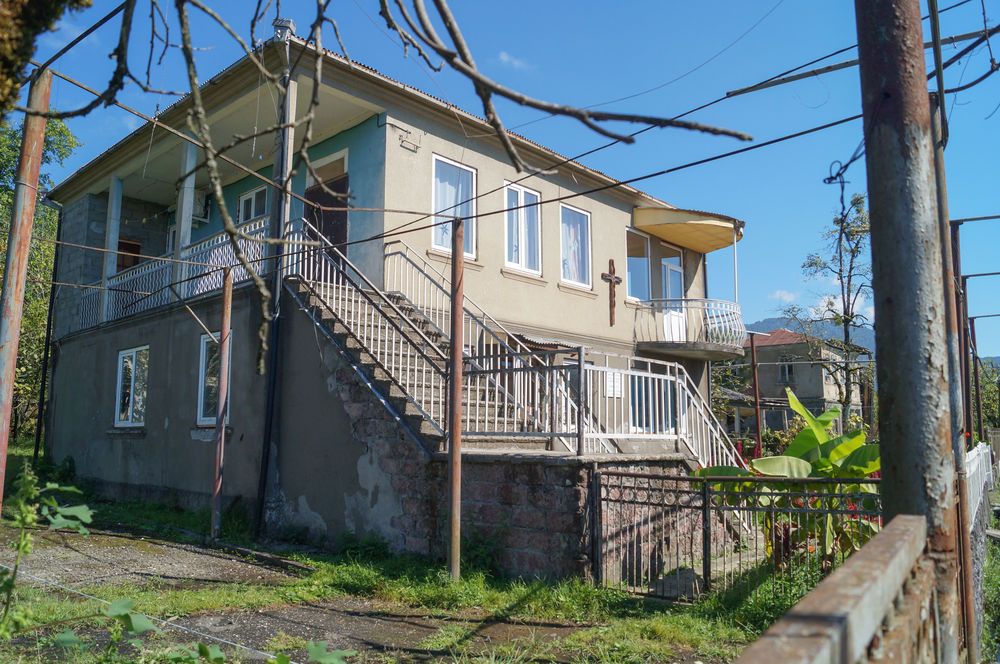 Abkhazia is an unreached republic with very few evangelical churches. Many people would say it is a Christian country, with a large Muslim minority. The orthodox church has a long tradition in this area, but under a thin layer of cultural Christianity, pagan practices and cults are still very much alive. Old holy shrines are very popular, and paganism has come to life again after the fall of the Soviet Union. The native Abkhaz religion is, in many ways, propagated by politicians as a way to give Abkhazia an independent cultural and religious identity. For example, many people believed that the victory of the independence war in the nineties was given by the god Dydrypsh.

OM serves mainly in Tkvarchal. Until this year there had never been an evangelical church in this town. Once, this was a flourishing industrial town of about 40,000 people. The city suffered badly from the ethnic war of independence in ‘92-‘93 with Georgia, and now only 4,000 citizens remain. Many live in war-damaged houses, which have still not been repaired. Youth face many problems, such as trauma, poverty, unemployment, alcohol and drug addictions and a high suicide rate.

But God has not forgotten this place!

Some years ago, the government granted the evangelical church a building, despite the fact that there were no believers. About a year and a half ago Arayk moved to the city to care for the building.

He was not a typical missionary or a church planter. No one expected anything from him. But as he went out to evangelise on the streets, people started to come to listen to the word of God. Teenagers came to watch weekly biblical movies. People appeared to be very open and receptive for the gospel.

Nowadays, a group of thirty people gather each week. Seventeen have been baptised in the past months and about 25 young people regularly attend the biblical film club.

A year ago, OM became involved in this new church plant. Around Christmas, the students of the Mission Disciple Training centre helped organise a children’s club. Over 50 children attended, and there was simply not enough space for everyone. This year, four students are living for nine months in the church building to connect with the youth and to organise evangelistic clubs in the surrounding villages. They provide practical help and food for poor families, and build up relationships with the youth around the church. The team sees a huge need to disciple these new believers through weekly clubs.

The team hopes to recruit pastors–for short term or long term–to teach the believers. It also aims to help the church buy a plot of land next to the church to build a playground for youth ministries, where there can be a football and volleyball court as well as using the space to organise Bible camps.

It is exciting to see what God can do through one simple man who started a church without any specific training. The team sees it as a privilege to be a part of this new church plant and to come alongside them. However, there is still a huge need for support and discipleship. Baptising people is a big milestone; but becoming lifelong disciples is another big step. Through this promising start, the team prays for more new communities growing in Abkhazia like this one in Tkvarchal.

Published: Thursday, 02 May 2019
Credit: OM International
© 2019 OM International This email address is being protected from spambots. You need JavaScript enabled to view it.