Using his skills for God’s Kingdom 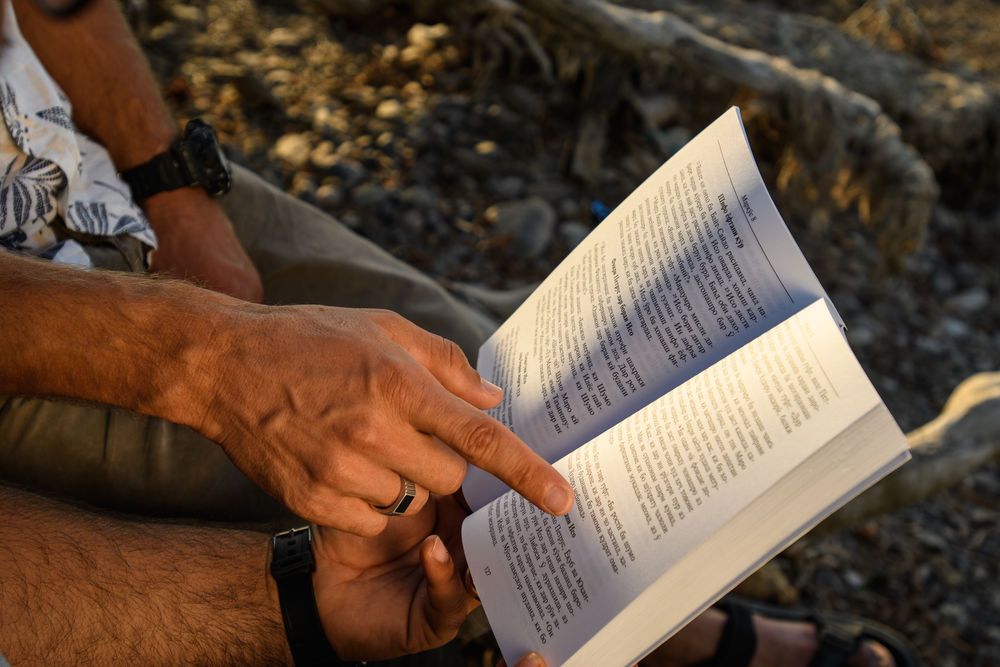 Central Asia: Workers in Central Asia reach people for the gospel through friendship and mentorship. Photo by Garrett N
When Trevor*, 28, from the United Kingdom first entered university, a future in missions wasn’t on his mind. “I was going to study French, but I also wanted to learn a language I hadn’t studied in the past. I chose Russian because it sounded exciting and useful for a career in business or translation,” he said.

“I see now that it was God’s sovereignty that I chose Russian because it led me to Central Asia.”

Trevor grew up going to church and Christian events, but he believed his salvation depended on being a good person. It was during university that he truly understood the gospel message and decided to invest his life for God's Kingdom. When the opportunities came for him to study in Belgium and Russia and go on short-term mission trips to Peru and Central Asia, they seemed like great ways to combine language placements with missions. So he went.

While in Central Asia, Trevor connected with many young people and shared the gospel with them. He began to think of going overseas long-term, maybe 10 or 15 years in the future—after maturing more in his faith and going to Bible school he said.

Returning to England, Trevor met a woman who had served in a different country in Central Asia. She told him about an opportunity to teach English at a language centre for a year. “It seemed like the most logical step to serve in that country. I thought I might go for a year or two, then return to the UK and get a job. I ended up staying five years,” he said.

While he lived in Central Asia, Trevor taught English to secondary school and university students, as well as to young professionals. Though most people in the country he lived in said they were Muslim, their commitment to Islam varied. “Some people had no interest in faith; it was just part of the culture. Others, you could get talking about religion within a few minutes because they were passionate about it,” Trevor explained.

Trevor learnt the local language, but because Russian is the second language in the country where he lived, Trevor was able to translate for foreigners and interact with locals even while learning the primary language. “Understanding Russian opened many doors ministry-wise and was practically useful,” he remembered. “I could speak with my host family within a few days and have conversations with locals not long after moving there.”

Through those conversations, Trevor was able to encourage local believers and share God’s love with those who didn’t know Him. One such opportunity was with John*, who came to the English club and stuck around afterwards to discuss deeper topics with Trevor and others. These conversations often turned to faith, and Trevor was able to share Scripture with John. One day, John told them: “You guys are the first people I've met who aren't hypocrites. You live out what you believe.”

A few months later, John joined Trevor in reading through the Gospel of Mark. Not long after, John came to faith in Christ. Trevor continued to disciple John until he left Central Asia. He shared: “It was such an encouragement to see [John] profess faith in Jesus, grow in his understanding of being a follower of Him and then eager to share God's love with others.”

Preparing for the future

After five years in Central Asia, Trevor is preparing for a new adventure: Bible translation. He plans to join Wycliffe Bible Translators, possibly in Central Asia. "I didn't realise I was particularly good at languages until friends pointed it out,” Trevor shared. “I checked out this opportunity because of their encouragement. I love the Word of God and I love languages, so it feels like a great fit.”

Though his first commitment is for a few years, Trevor said: “I’d love to spend my life doing this. There’s nothing more important for Christians to do than to spend their lives in gospel work, using the gifts and skills God has given them. It excites me that God can use me and that I have skills to offer—and my time with OM helped me realise that.”

“OM gave me the opportunity to serve while learning about cross-cultural missions, cultural awareness and what I’m gifted in. I thought mission work was only for ‘the spiritual elite’. But through seeing different people with different skills serving in OM—whether it was in journalism, finance, IT, personnel, evangelism, etc.—I realised that anyone can be involved. There is a role for everyone.”

What about you? Are there gifts or skills others have pointed out to you that you never considered as ways to serve God?

Published: Wednesday, 07 October 2020
Credit: Kate Toretti
© 2020 OM International This email address is being protected from spambots. You need JavaScript enabled to view it.

Workers in Central Asia walk alongside local believers and share small bits of truth with those they live among.