Blessings out of crisis 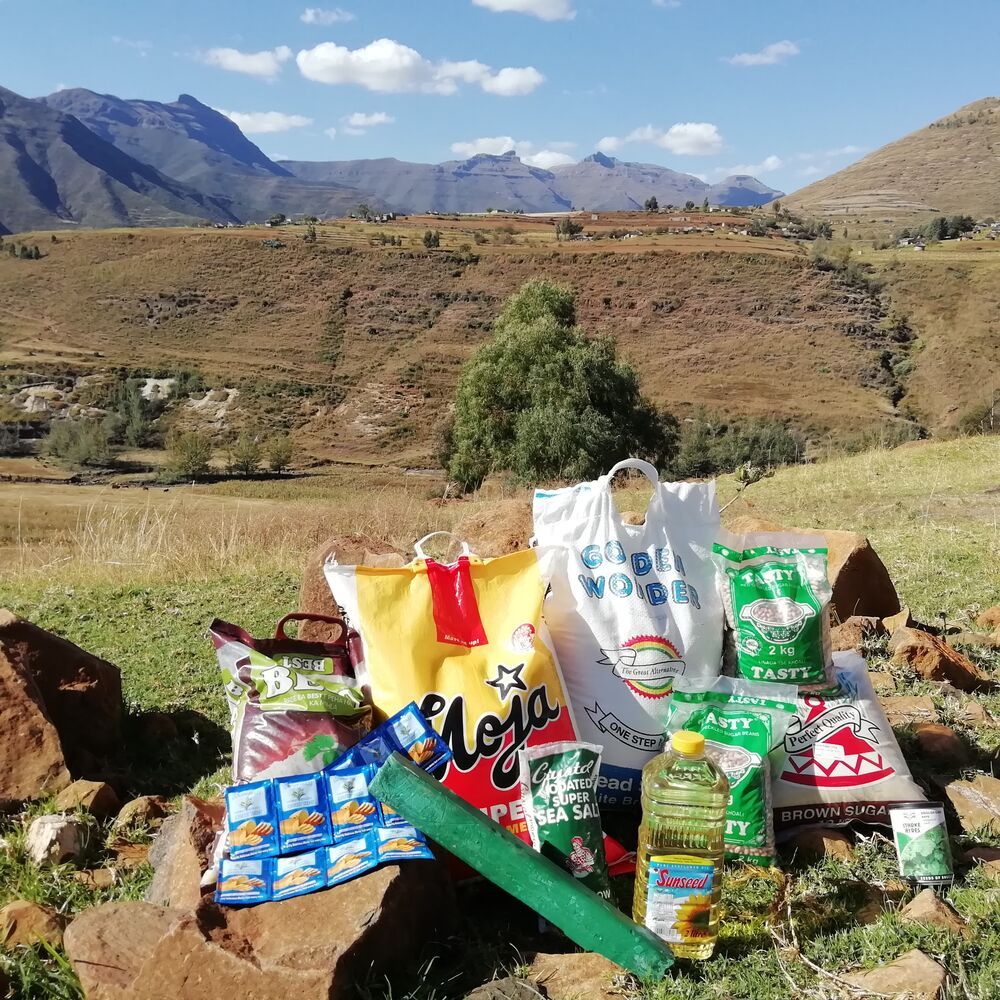 Lesotho: OM South Africa distributing COVID-19 food parcels in Lesotho.
The coronavirus pandemic greatly impacted the economy of the small, mountainous country of Lesotho as the border closed and tourism ceased. Yet the pandemic provided a practical opportunity that opened “up a door in the hearts of the community that was previously closed to the Gospel of Jesus Christ,” explained Stephan Schmidt, leader of the OM team in Lesotho.

Teboho*, Stephan’s son’s best friend, lives in their village. A few months into 2020 Stephan’s son told him that Teboho and his family had been without food for almost two days and were too ashamed to share about their needs. Stephan and his family quickly gathered a box of groceries and brought it over to Teboho’s family. This incident led the team to find out more about other village members’ needs which quickly developed into the food distribution project.

Through the generosity of people around the world, 80 families (over 420 people) receive a food parcel each month. About a week of planning goes into each distribution, including negotiating with wholesalers about prices and availability. A truck is hired to transport the food from town as the load of groceries has grown beyond the capacity of the team’s two cars and stored in a garage. A day or two later, the food is packed according to lists for each village, loaded onto a trailer and delivered to villages in the mountains. Since these villages are very remote, the team asks people to pick up the parcels at distribution points. People load the food onto donkeys or bring family members to help carry the bundles home balanced on their heads. The distribution happens so fast it leaves OM team members in amazement every time.

Mrs. Modise* is a young mother who started a Bible study group in her remote village. Her husband is a builder in South Africa, but because of the pandemic, he couldn’t cross the border to work, leaving them with no income. Since May, they have received a food parcel sized according to the number of people in their household. However, the team learnt that every month, Mrs. Modise took half of her family’s parcel and shared it with her neighbours in need. The team said Mrs. Modise is a living example of Christ’s mercy and compassion to her community.

From Germany to Africa

Growing up in a Christian family, Stephan knew who God was but struggled to experience God’s work in his own life. And so, he turned away from God.

Things changed in the Schmidt house; the biggest being that they started to pray together as a family. It was during this time that Stephan felt God telling him to move his family from Germany to somewhere in Africa. “Stephan and I decided to pray separately so that we could individually hear from God if we should go to Africa as a family,” Christiane said. The idea of moving her whole life and family to Africa was hard for Christiane, but through prayer, it became easier every day.

In 2012 the family moved to South Africa to attend Missions Discipleship Training (MDT) in Pretoria. While they did MDT, they were introduced to Lesotho—a small country within the country of South Africa.

After MDT, the Schmidts stayed for six years in South Africa serving at the OM office. They knew that God had called them to Africa, but were unsure where God was going to use them.

It started to become clear that they should move to Lesotho as a family and serve the Basotho people. They moved to a small village on the South African side of the border to start searching for a house as well as get involved in the daily ministry. Driving in and out of Lesotho was not only exhausting and expensive but meant that the family didn’t have as much time to start relationships and build trust with the local people as they wanted.

God answered their prayers and gave them a house to rent in Malefioane, Lesotho. Full of joy and hope, they went to view the place and found a small two-room house without any basic amenities. For a family of five, this seemed to be a huge challenge. There was no bathroom nor living room, and the water would need to be fetched from a nearby river. How would they keep warm during the snowy winters in the mountains of Lesotho? Christiane was also concerned about their furniture; where would everything fit? But the view from the house was what Stephan noticed—the same view God had shown him in a dream. With peace in their hearts and trusting He would help make it all work, the Schmidts moved in.

Light in the darkness

The Schmidt family enjoys sharing Christ’s love with the people of Malefioane not only by their words and actions but also in their daily submission to God’s Word. The Schmidts try to help by giving their time, finances, and listening ear. They live among the people they are reaching out to; fetching water and cooking on the fire just like the locals, adapting to the culture.

Often the family is asked: How are you surviving? “It becomes very difficult to answer that question because the life we have now is way better than before,” said Christiane.

The Schmidts do not know how to explain it to people back home in Germany; the experiences on this journey with God getting to, and living in Lesotho, have been far more valuable to them than all the comforts of the world. Living in Lesotho has also made them realise that they don’t need more ‘stuff.' To follow God wholeheartedly has become an adventure that the Schmidt family would not want to miss out on.

An innovative approach to studying the Bible are bringing people closer to God in Lesotho.