Love in the midst of war 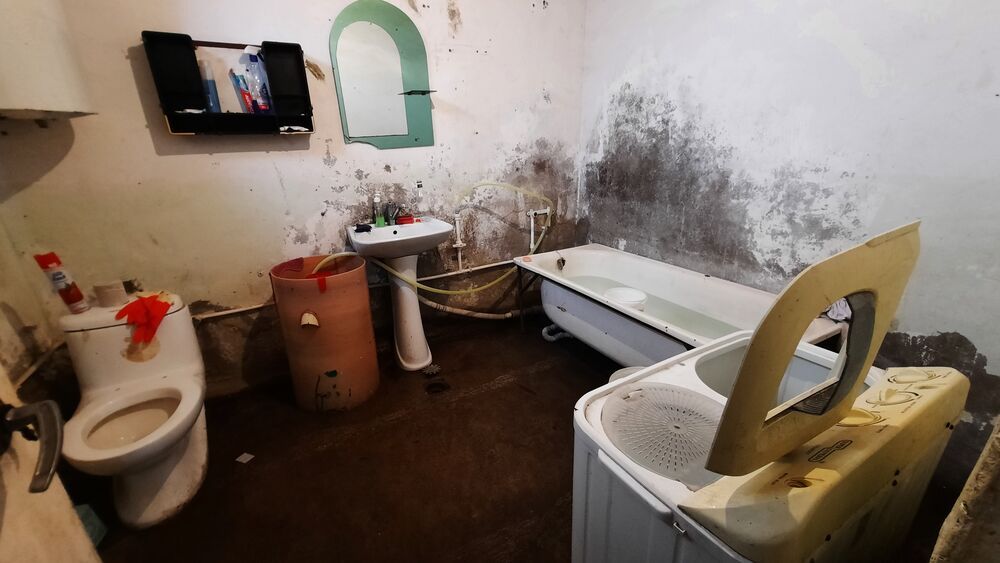 Armenia: During the conflict in the Nagorno-Karabakh region between Armenia and Azerbaijan, OM has distributed crucial items to displaced expecting mothers and young children. Thousands have fled the conflict with nothing, and are in need of help during this time. The displaced people are staying in whatever accommodation they can find, mostly in crowded spaces. Some struggle with insufficient water supplies or small bathrooms and tiny kitchen spaces. And most people didnt bring winter clothing.
In the midst of ongoing conflicts along the Armenia-Azerbaijani state border, one OM couple has been propelled into a new form of demonstrating Christ’s love. The latest conflict over the region of Nagorno-Karabakh, that escalated in mid-September, resulted in over fifty per cent of the local population fleeing for safety. Clashes over this area date back to the 1980’s, but the recent conflict displaced an estimated 90,000 people, mostly women and children. The displaced people have sought shelter in churches, hotels and private homes in towns and villages across Armenia, but many left everything they owned behind.

Ezra* and Maryam * were both born into Christian Armenian families in Central Asia. “I grew up in Sunday school, but mainly I didn't see the need for Jesus. Church was more about tradition,” Maryam explains. Then when Maryam was a teenager, her mother was diagnosed with cancer, and the doctors said there was only a 50 per cent chance of recovery. “I felt like I was at my end - and I needed a Saviour. I started praying and asking Jesus to help us,” Maryam says. During her mother’s fourth round of chemotherapy, Maryam recalls that “the doctors reported that the tumours were getting so small that they called it a miracle.”

When Ezra was a teenager, his father was also sick. “It was a very difficult time for me. the doctors told us that there was no hope for my father to live. And I struggled with depression,” he remembers. A cousin explained that Jesus could heal his father. “So, I called out to Jesus,” Ezra says. “I prayed: ‘If You really exist, then this is the time for you to come and intervene.’ And after that prayer, after six months of depression, I could feel this new kind of peace in my heart.”

Ezra and Maryam both experienced Jesus in these miraculous ways, and it moved their relationships with God from ones built around tradition, to purposefully pursuing God and His plans for their lives. “My relationship with Jesus started to be mutual: not only a monologue, but a dialogue with Him,” Ezra explains. “I felt that when I was speaking, someone was listening to me, and giving me answers in my heart.”

After studying theology, while serving in his church and working part time, Ezra was asked to work full time at his church. He met and married Maryam when he was 30 and was then appointed as the primary pastor of the church, where they continued to serve until 2010, when the government shut down the church. For two years, the couple hoped that their church and official ministry could reopen, but they were finally forced to leave the country as well. They moved to Armenia, where they had some family, and in 2012, began partnering with OM’s work to to translate resources into a local language for people groups without access to the gospel message.

“When [the conflict] first started, we only prayed for the situation,” Ezra shares. “Then we thought of Matthew 25:35 where Jesus tells the story about when 'I was hungry you gave me food; when I was thirsty you gave me water, and when I needed clothes you provided them for me.' And this [passage] encouraged us to act. The first day we had to step out in faith. Even without the first donations, we saw the needs and we stepped out - donating ourselves, using our own [personal funds] or taking out a loan to buy the things that people needed.”

OM’s initial response was to provide and distribute food, hygiene supplies and clothing for an initial 500 beneficiaries. As the needs grew and changed, so has the work. Some of the displaced women are pregnant. They have fled from their homeland, their husbands are not with them, and they have no support during this time. They need clothing and supplies for themselves and their new-born babies. In partnership with five local churches, Ezra and Maryam have prioritized two core activities to assist the most vulnerable people: mother-and-baby support, and winter clothing for children.

“We had not planned on doing a ministry like this,” Ezra explains. “We only saw the needs and started working as Christians to help others in their time of need.” While Ezra is still passionate about preaching and discipleship, he has seen that the practical demonstration of the gospel “has much more power than only speaking about it.” He and Maryam have experienced Jesus guiding them through the difficult decision making, and showing them how to live out love in the midst of conflict.

Published: Wednesday, 09 December 2020
Credit: Ellyn Schellenberg
© 2020 OM International This email address is being protected from spambots. You need JavaScript enabled to view it.